Home Is Where Your HEARTLANDS 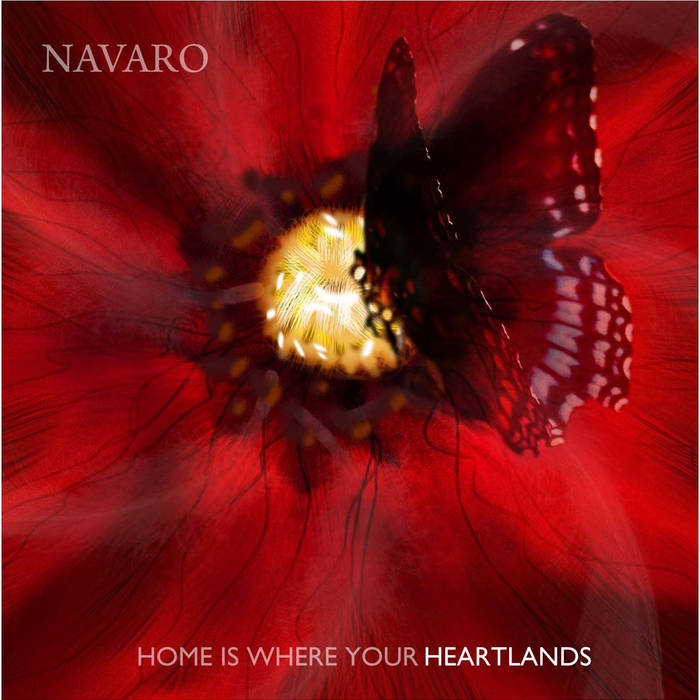 'Navaro seem to have grown together over the last three years. Heartlands exudes confidence and the make what they do sound effortless.' **** (Dai Jeffries, R2 magazine)

'This is an album to listen to for a long time... let it flow into those places that move the fibre of your being.' (Tim Carroll, www.folkwords.com/albumreviews_69242.html )

The ‘HEARTLANDS’ project emerged from rehearsals for Navaro’s 2008 acclaimed album, Under Diamond Skies. The band would set up in a circle complete with fairy lights and candles in an amazing old building that was often used as a film location. The atmosphere of the place affected the way the songs were approached and they decided to record this way and see if the magic would make it into the ‘grooves’.
And so on a day in early spring, singer/songwriters Steve Austin, Pete White and Beth Navaro together with rhythm section Clive Batkin and Will, formed a circle in the studio where the first album was made. Mark Stevens (producer) made it easy for the band and an unbelievable ten songs went down in one day!
Little Johnny England’s Gareth Turner appeared on Under Diamond Skies and has now recorded some beautiful melodeon on these new tracks. Guy Fletcher (LJE), Miles Gilderdale (Acoustic Alchemy) and James McNair (as heard on BBC TV’s ‘Coast’) also lent their considerable talents as you will discover throughout this collection.
Whilst textures and parts have been added and other songs included, the beating heart of this album remains the sound of five friends in an inspiring room forming a circle and making music

Recorded at Moulton Sound Studio and on Steve’s narrowboat.
Produced by Mark Stevens and Steve Austin.

‘.. exudes confidence and they make what they do sound effortless' (Dai Jeffries) ****R2 Magazine

‘This is an album to listen to for a long time...let it flow into those places that move the fibre of your being’ (Tim Carroll) Folkwords.com ... more